UKRAINE’S problems are not just political. In recent weeks its economy has taken a hammering. Until mid-January its currency, the hryvnia, was fixed at 8:1 with the dollar; it now trades at about 10:1. The government has recently issued short-term debt at interest rates as high as 15%; this year its bonds have done about as badly as Venezuela’s. Many analysts are worried that the country will soon default on its debt.

The economic turmoil reflects recent political instability. But Ukraine’s economic problems were long in the making. Dodgy economic policy, distaste for reform and endemic corruption have brought the country to its knees.

In the immediate post-Soviet era Ukraine was a massively unproductive economy. Like most former Soviet republics it suffered huge output declines and soaring inflation. But Ukraine was among the hardest hit of the lot. Hyperinflation in the early 1990s resulted from lack of access to financial markets and massive monetary expansion to finance government spending, in the face of sharply declining output. The Ukrainian population was scarred by the experience of hyperinflation. In response, in 1996 the Ukrainian central bank replaced the old currency, the karbovanets, with the hryvnia and pledged to keep it stable in relation to the dollar. The currency continued to wobble through the late 1990s, however, and particularly amid the Russian rouble crisis of 1998. 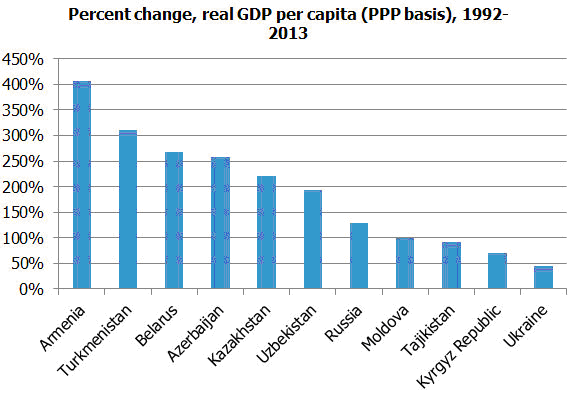 Both Russia and Ukraine stabilised by the early 2000s. Capital flowed back, attracted in part by relatively high interest rates (the early 2000s, when the Fed pushed its main interest rate down to 1% for an extended period, were a rehearsal of sorts for the post-crisis environment). As foreign cash flooded in the money supply grew rapidly: from 2001 to 2010 broad money increased at an annual rate of 35%. In 2006 and 2007 credit growth averaged 73%. Assets began to look extraordinarily bubbly and high inflation damaged Ukraine’s export competitiveness.

After the global crisis, and as the euro crisis intensified, Ukraine suffered from a drought in capital flows (along with much of central and eastern Europe) which placed strong downward pressure on the hryvnia. Protecting the currency drained the central bank’s reserves, which tumbled from a high of $40 billion in 2011 to about $12 billion today. Last month the central bank admitted defeat and let the currency go. Currency depreciation, while necessary, will be an economic headache for Ukraine in the short term. About half of its public debt is in foreign currencies: as the hrvynia loses value, Ukraine’s debt burden rises. Debt financing has also become more difficult as a result of the Federal Reserve’s“taper”, which has wrong-footed many emerging markets by stanching the previously steady flow of capital in their direction.

Ukraine has proven reluctant to engage in reform. For a while it felt as if it didn’t need to: high commodity prices during the 2000s supported growth. Many of Ukraine’s exports went to Russia, a country that was also doing well on the back of high oil prices. But Ukraine was badly hit by the financial crisis and plummeting steel prices. GDP fell by 15% in 2009. That made it a prime candidate for economic streamlining. In 2010 the IMF agreed to loan Ukraine $15 billion—with conditions attached. A major target for reform were Ukraine’s cushy energy subsidies. The state gas company, Naftogaz, only charges consumers a quarter of the cost of importing the gas. Cheap gas discourages investment: Ukraine is one of the most energy-intensive economies in the world and domestic production has slumped by two-thirds since the 1970s. The IMF ended up freezing the deal in 2011 after Kiev failed to touch the costly subsidies.

In other areas reform has been half-hearted. The government did meet its public deficit target of 2.8% of GDP in 2011. Yet this was achieved by skimping on capital expenditures while overspending on wages and pensions: hardly the recipe for sustainable economic growth. Progressively lowering the rate of corporation tax has also weakened the state’s finances.

Corruption and poor governance are other major problems. The Ukrainian shadow economy is one of the biggest in the world—at around 50% of GDP, according to IMF research. Businesses operating underground tend not to pay taxes, further depriving the government of funds. And last week Ukraine’s new prime minister estimated that $37 billion had gone missing during Viktor Yanukovych’s rule.

Right now Ukraine is not too worried about improving economic management. But big bills are imminent: Ukraine needs to find about $25 billion this year to finance its large current-account deficit and to meet foreign creditors. Foreign-exchange reserves are only $12 billion. Default is certainly on the cards. When the crisis does end, addressing its economic backwardness must be a major objective. 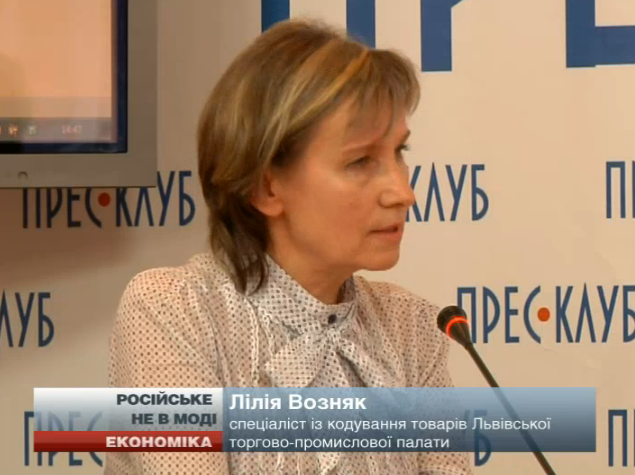